When Brazilian jeweler Carla Amorim was nine years old, her entire family went on vacation to Buenos Aires, from their native Brasília. According to Carla’s younger sister, Kelly, the six children—five girls and one boy—were all given pocket change for “splurging” on trinkets and souvenirs. All the youngsters returned from the open-air markets with candy, miniature toys and games. Everyone, that is, except Carla, who had scoured the flea market and returned with bags of colorful costume-jewelry bangle bracelets. “She has always had a great sense of style and clearly she was destined to be a jewelry designer,” laughs Kelly, who is now her sister’s business partner.

It was not an occupation, however, that Carla ever dreamed was possible. When she turned 15 (a birthday known in many Latin American countries as the quinceañera, a celebration much akin to the sweet 16), she was gifted, as is customary, with the choice of something special. Most girls choose a lavish party (Kelly opted for a trip), but Carla used her entire windfall for a ring. And it was after she selected that ring from the family jeweler that she started designing and sketching jewelry herself.

While she did not immediately pursue jewelry-making as a career (she was sidetracked into a job at a bank), Carla continued to design pieces as a hobby, until she prayed about it one day (she is deeply religious and goes to church daily, where she says she finds peace, clarity and equilibrium). “After I prayed, I realized that this was a gift that God had given me, that requires all my effort,” she says. “I work as hard as I can, but it is a pleasure, a joy, for me to work.”

Thus, when the time was right, she left the bank to give free reign to her design talents. She went to school and studied goldsmithing; although she knew she would ultimately hire jewelers to work with and for her, she wanted to at least know the lingo and limitations of the trade. Today, she designs almost exclusively in 18-karat gold—yellow, white, rose and black.

Carla then studied gems, too, and was so fascinated by them that she would spend days with lapidaries. “I love working with stones,” she says. “Each one has its beauty—cabs and faceted stones. I love Brazilian stones and all types of crystals. I can often feel the movement of a piece of jewelry and I just know what kind of stone it needs.” In her Bossa Nova collection—she’s inspired by the rhythmic swaying of bossa nova music, which she calls “central to life in South America”—she uses peridot, pink amethyst, smoky topaz and green-gold quartz, which she feels “evoke lazy Brazilian days.”

Carla was always more focused on the designing than on the marketing or other practical aspects of the business. By 1992, she was working full-time as a designer, although at home, with little regard for selling on a large scale. Her jewelry rarely made it into inventory, so quickly did she sell what she produced. This went on for two years, until it seemed as if her house had turned into a store. By 1994, she knew she had to open an actual store, in Brasília.

By then, Kelly was in business school in São Paulo and Carla would go there to visit and to sell jewelry; invariably, Kelly would help her with the marketing. In fact, when Kelly came stateside to spend a year at Harvard University, she turned her own enthusiasm for her sister’s jewelry into a senior thesis: “How to Build the Carla Amorim Brand.” It was only a matter of time until the sisters combined their respective talents, and within a short period, they opened another store, this time in São Paulo, followed by stores in Recife, Belo Horizonte and another in São Paulo. (They’re now up to their seventh shop, which will open by year’s end in Rio de Janeiro.) At this point, it was time to build a factory as well. “But we were very naive early on,” notes Kelly. “I went to Basel to buy machinery for the factory and that was when I first discovered the Basel[World] jewelry show. In truth, in Brasília, we were very isolated.”

It did not take long for Kelly to understand the importance of an international jewelry show and to realize that there were other platforms around the globe that were vital to the company’s growth. It is Kelly who continues to be the “front” presence, freeing Carla to design. Admits Kelly, “I cannot design one hoop, not a single hoop earring.”

Carla, however, is motivated by all her surroundings. Plunk her down on a beach, and she is immediately fascinated by the undulating water, the sand formations, the airy foam of the breaking waves. “I have always been interested in shapes and forms and their harmony,” she observes. “If I am on a beach, invariably I am looking at leaves, flowers, fruits. And everything around the trees—forms, shadows, clouds. Animals, birds, butterflies … everything. I love being surrounded by nature.”

The names of her pieces—like Falling Leaves, Moon Valley, Sugar Cane—reflect nature’s influence on her work. Her Volcano ring is an explosion of simmering metal “lava.” Her Sea Foam line looks as if it’s bubbling with “suds” of gold. And her diverse flower series features cascades of metallic bouquets or single silhouetted petals against contrasting stones. Her Thousand Leaves earrings, with their jumbles of golden foliage, recall a garden in bloom.

Architecture is also a force in her design sphere, particularly that of Oscar Niemeyer, a Brazilian architect and one of the most seminal names in architecture in the last century, and not incidentally, the creator of Brasília. “I am always inspired by nature, but in the city, I am inspired by architecture, too, especially Niemeyer’s, as so much of his work is there. His structures are very beautiful, and they are at peace with nature.”

If you look at pictures of some of his buildings side by side with Carla’s work, their representational connections are unmistakable: Her Catedral earrings are an interpretive twin of his Catedral Metropolitana; her Panteão rings, necklaces and earrings mimic the organically flowing, sheer “fabrics” of his structures at the Panteão da Liberdade; and in her gold-and-stone dangling Alvorada earrings is her interpretation of the lines of the Palácio da Alvorada, the official residence of the president of Brazil.

Additionally, one can expect to find part of her collection influenced by her faith. There are often elegant crosses, saints and holy spirits depicted in her jewelry. “I love to visit historical places like Israel, Crete, Assisi, Yugoslavia, for example,” she says. “I think my work is blessed, because I think each day is blessed.” 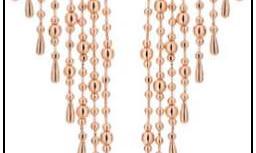 Carla Amorim introduces the Romance Collection, Carla based her new collection on the beauty of romantic occasions. 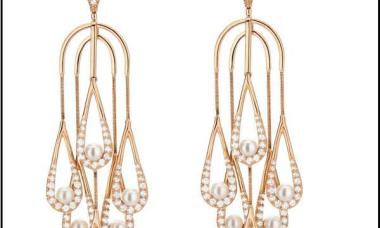 Because 2011 is the year of “Italy in Brazil,” renowned Brazilian jewellery designer, Carla Amorim, has created Brasiliana, her latest collection inspired by (...)