In Basel and Geneva, classics meet their match

Jewelers who attend the luxury world’s two most important coming-out parties, BaselWorld and Salon International de la Haute Horlogerie in Geneva, will see an industry divided into two major camps, the iconophiles and the iconoclasts. 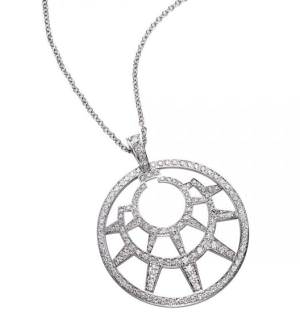 In one corner, Piaget and its new Limelight collection, a tribute to the world’s two iconic cities: Paris and New York. “We wanted to travel to places of extravagance, world centers,” Philippe Léopold-Metzger, CEO of Piaget SA, said of the diamond-intense collection, which borrows motifs from the Eiffel Tower and Chrysler Building. “We wanted to take things that have already been in the public domain and see what we could add.” You might say the same thing about the industry’s iconoclasts in the opposite corner, who’ve snubbed classic colorless diamonds and pure-white pearls in favor of facsimiles in seductive, sinful chocolate (or cinnamon, as the case may be). And yet brown’s only one of many colors in vogue. 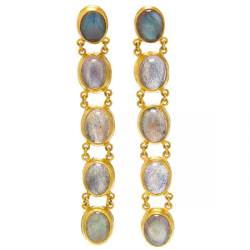 Labyrinth earrings in 24-carat gold with labradorite by Gurhan

From Gumuchian’s vibrant pink sapphire earrings to Gurhan’s opalescent rings and earrings, the industry is mad about hue. Except when it’s not—in which case it opts for always-elegant black and white. Exhibit A? Montblanc’s charming disco-inspired Star Jewellery earrings. 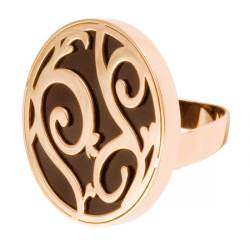 Among goldsmiths, a preponderance of open-work and filigree design, as in Mattioli’s Siriana collection, lets the air out of the metal price balloon before it threatens to rise even higher. Not that everyone’s showing self-restraint. Consider Roberto Coin’s dense new Moresque gold pendants, employing twisted strands of the metal or Antonio Bernardo’s solid gold ring—pieces that suggest that when the economy turns south, the most successful luxury jewelers head for higher ground, yanking their average price points up with them. 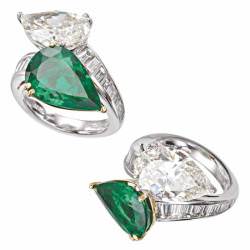 By seeking shelter among high-net-worth collectors (for whom recession is only as true as CNN says it is), brands like Picchiotti—with its standout range of one-of-a-kind gemstone rings—are sure to immunize themselves from the global economy’s volatile mood swings. But if in doubt, they’d do well to follow the advice of Masriera, the Barcelona-based company founded upon Art Nouveau master Lluís Masriera’s timeless designs: “Stores are focused on the ‘intangible’ content of a jewel,” Joseph Meli, the brand’s director of U.S. operations, says by way of explaining why his brand continues to strike a chord with buyers. “It’s about history, how the jewelry is crafted, the artists’ story.” In other words, no matter if a jewel is iconic or iconoclastic, content will always be king.