The Portuguese jeweller creates jewellery and organic objects inspired by Lisbon’s architecture and light. She mixes precious and non-precious materials, drawing us into a magical world...

The Portuguese jeweller creates jewellery and organic objects inspired by Lisbon’s architecture and light. She mixes precious and non-precious materials, drawing us into a magical world...
W

alking down Avenida da Libertad in Lisbon, you suddenly come across a four-storey “Pombalino” building with an amaranth-red façade. It’s intriguing and inviting. As you lean towards its windows you discover treasures: jewellery like organic sculptures, marrying precious materials – gold, diamonds, rubies, sapphires – with others that are less rare, such as mother-of-pearl, wood and semi-precious stones.

They are all signed by Maria João Bahia. For the past thirty years, this jeweller has been creating talismans, urban elf ornaments, trophies, medals and enchanting pieces for the table. 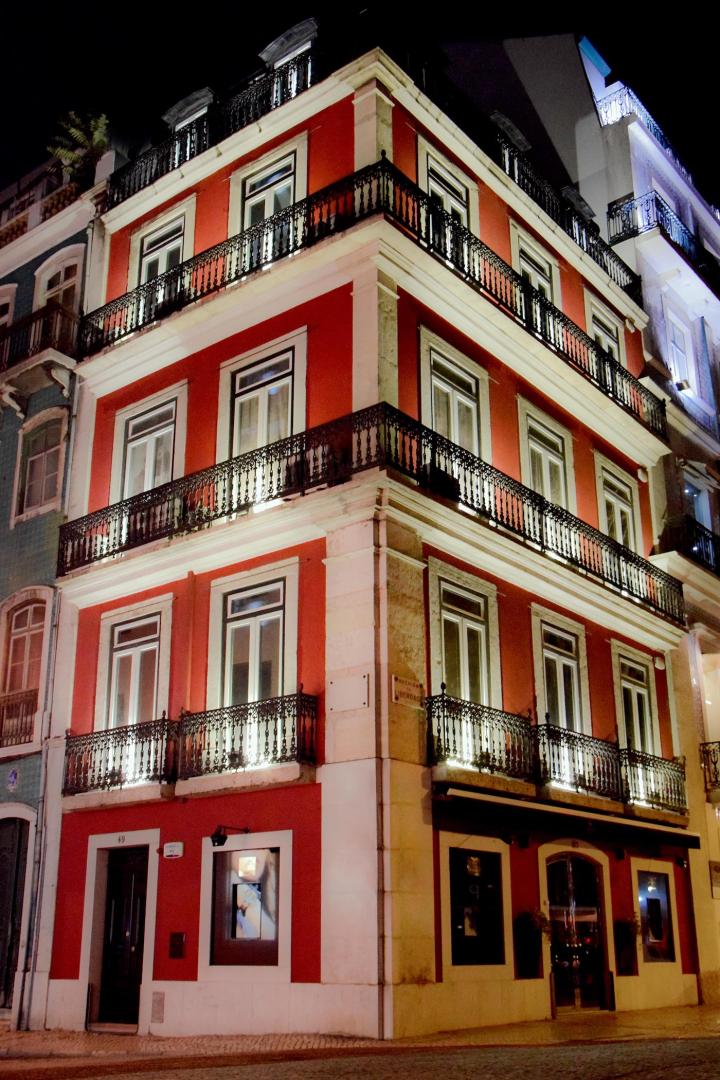 Her musician grandfather and sculptor father gave her a taste for beauty. She had a hard time deciding between law and goldsmithing (which would seem to have little in common), but creativity won out over judicial rigour and, in 1985, she set up her first workshop in Lisbon. Maria João Bahia opened her unusual sunset-coloured boutique in 2004, and that was where we met.

For the past thirty years, the jeweller has been creating talismans, urban elf ornaments, trophies, medals and enchanting pieces for the table. 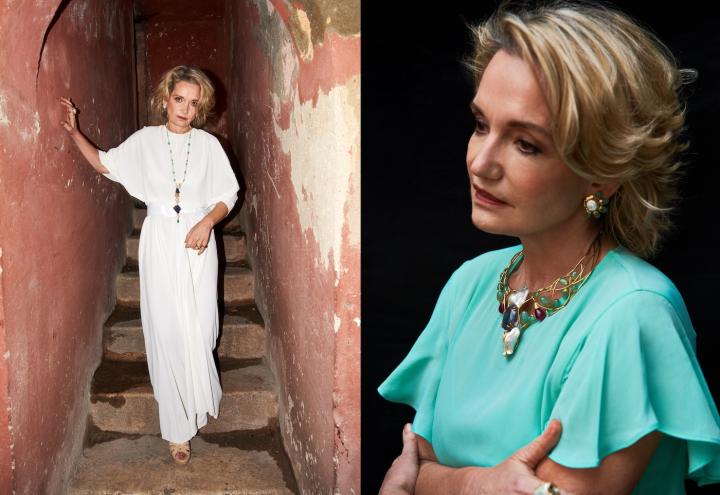 Europa Star: You studied law. What finally led you to jewellery?

Maria João Bahia: I studied law because that’s what all my friends had chosen. My university years were fun: we partied a lot. I really liked international law and goldsmithing, and studied both at the same time, while learning drawing at the Fine Arts School. But after three years, things got more serious at university and I left. I was born into an artistic environment: my father is a sculptor and I grew up surrounded by art, sculpture and painting. It was part of my normality. I remember one day – I must have been five years old – as my father was finishing a monumental sculpture in his studio, he invited me to sign it too, telling me that no one would know. Those were unforgettable moments... 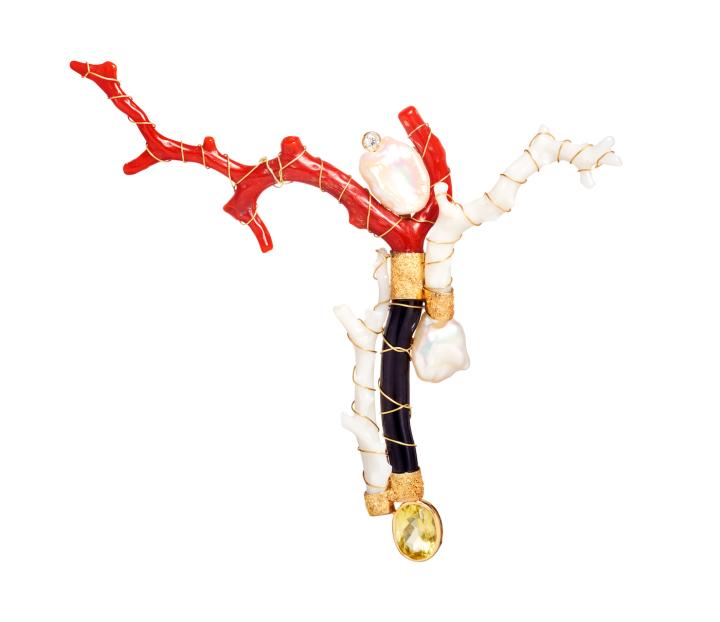 Was jewellery a childhood dream of yours?

Yes. When I was twelve years old, I used to make jewellery and belts with stones, beads, shells and rope... I did this in a very natural way and sold them in the shops beneath my parents’ house. My mother’s friends used to buy them. I don’t remember keeping any. 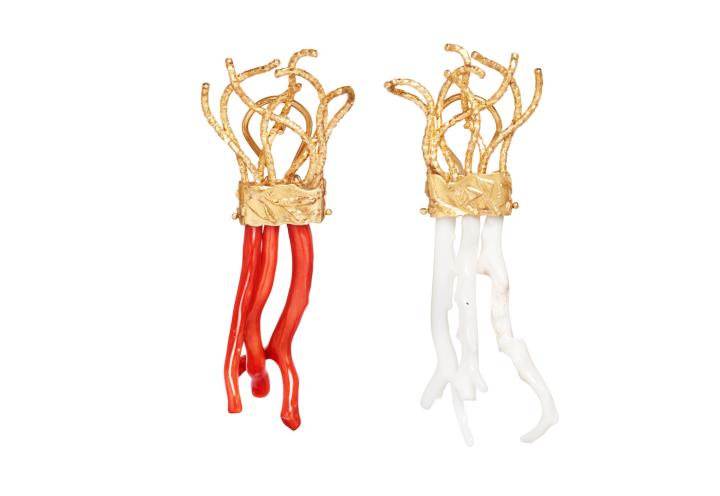 Did you have a mentor?

My first mentor was my father, but I wasn’t aware of it at the time. When I decided to create jewellery, I went to learn the trade in a workshop in the north of Portugal. There I learned to design my own tools with a master jeweller called Manuel Alcino. He taught me goldsmithing. It’s a craft that involves many secrets normally passed on within the same family. But he agreed to teach me. Then I went to a jewellery workshop in Lisbon, where the work was more precise, using smaller dimensions. I wanted to learn the know-how so that I could develop it according to the designs and ideas I had in my head. If you just apply the established rules, you create soulless jewellery.

“If you just apply the established rules, you create soulless jewellery.”

You also design tableware, cutlery and bags. Is it because you want to inject beauty into everyday activities?

I started designing certain pieces because I needed them and I couldn’t find them on the market. For instance, before the revolution, my family used silverware in our daily lives. But then everything changed. I asked my mother why we didn’t use silver cutlery for dinner any more. She said that it was difficult to clean. Years went by and I looked for a solution. I created a silverware set that can be machine washed and used every day. My secret? I had them hammered, so you can’t see the flaws. They are always impeccable. 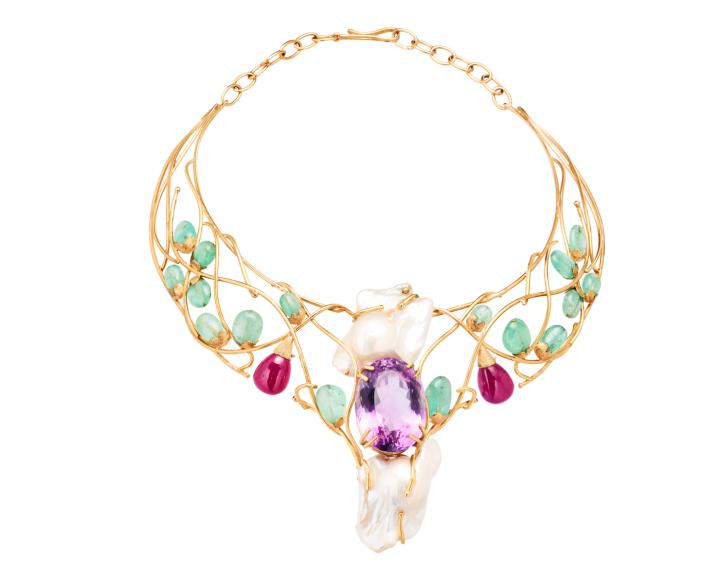 Your creations are organic. What are your sources of inspiration?

Portuguese nature and architecture. For example, I think our pavements are beautiful, with those black and white cobblestone designs. I have created many collections inspired by them. I also like the wrought iron work. We are lucky to have the most beautiful light in the world in Lisbon. I don’t know if it’s because of the white of the pavements and the blue of the ocean, but it gives a very special luminosity.

“We are lucky to have the most beautiful light in the world in Lisbon. I don’t know if it’s because of the white of the pavements and the blue of the ocean, but it gives a very special luminosity.” For some of the jewellery, you use the typically Portuguese technique of filigree. Is it a way of keeping an ancestral craft alive?

We use the ancient technique of filigree, but in a different way. This famous gold work, in which two wires no thicker than a hair are twisted and used to create patterns, dates back to the Phoenicians. I have simplified it in order to obtain a more airy, refined effect. 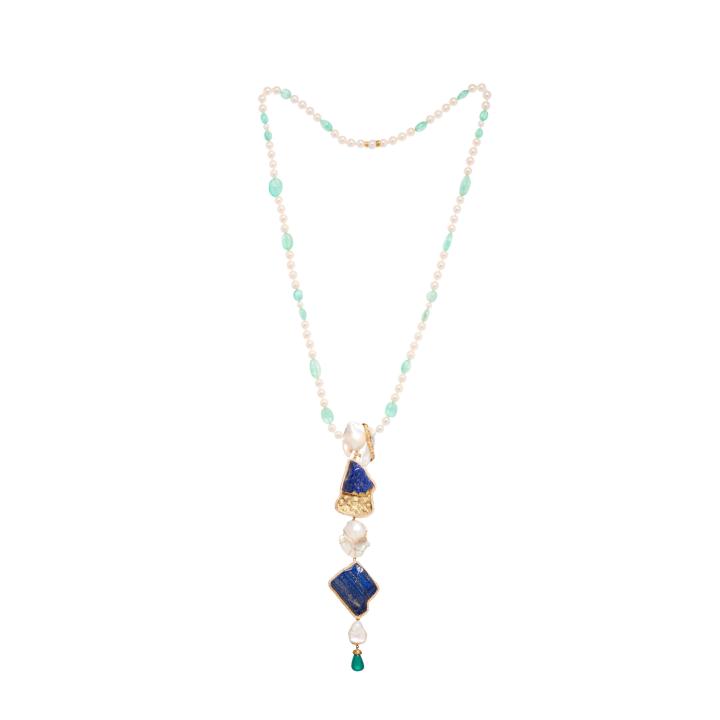 Is it difficult to find craftspeople who can use this technique?

No. What is difficult is finding people who know how to put soul into what they do.

You have set up your boutique and workshops in a typical “Pombalino” building. What is its history?

In 1755, there was a terrible earthquake in Lisbon and part of the city collapsed. The Marquis of Pombal had some areas and the city centre rebuilt. He gave his name to an architectural style; the Pombalino style. But I don’t know the history of this specific building. 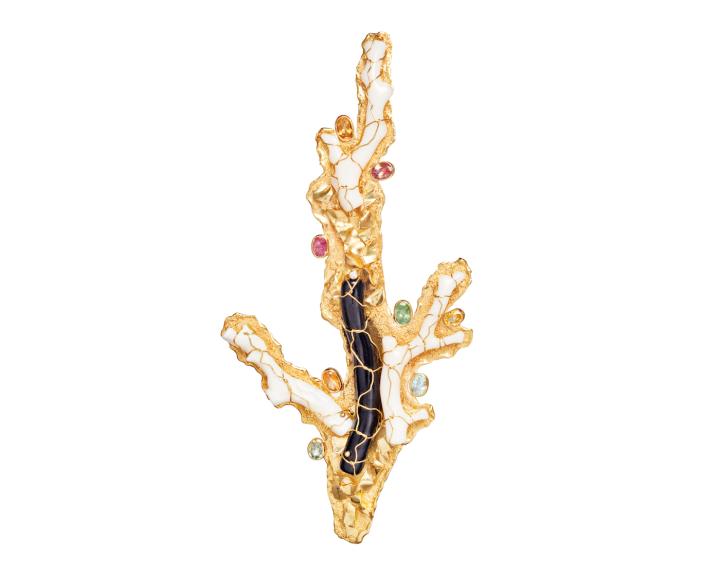 Your jewellery almost feels as if it’s alive – it’s more than just decoration. Do you believe that a piece of jewellery can have magical powers?

Yes, I am convinced of it. For many years I wondered why people bought my jewellery, because they didn’t need it: you can live without it. Clients sent me letters, gifts, bouquets, but I didn’t understand why. I had simply done my job. Until one day, one of my clients, who held a very important position in the government, confided to me that before an important meeting she would come to my house to buy a piece of jewellery. She was looking for a special piece to dominate the meeting. It was an object of power for her. I realised that she was not the only one. One of my clients was desperate to get one of her necklaces repaired, to take to an important medical appointment: she told me it gave her strength. Most women buy jewellery for a special occasion. This gives meaning to my work. 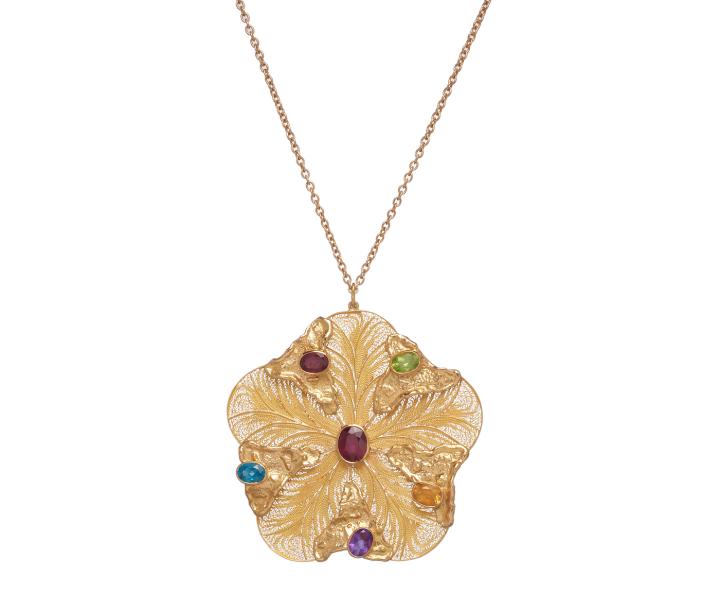 Your pieces draw us into a world of wonder. Do you feel like you’re a bit of a magician?

Thank you! If I am, it’s totally unconscious. I need to feel the object: I need to establish an almost alchemical relationship with my jewellery. They are not anchored in an era, they don’t follow fashions: they are of all times, all at once.

“I need to establish an almost alchemical relationship with my jewellery. They are not anchored in an era, they don’t follow fashions: they are of all times, all at once.”

Spanning 125 spectacular pieces designed by Francesca Amfitheatrof, Louis Vuitton Spirit is an initiatory jewellery odyssey, infused with the power of (...)

This marks Bieber’s first advertising venture for the jeweller since her appointment as a Tiffany & Co. global House ambassador last (...)