Lydia Courteille’s new high jewellery collection takes you on a long and impressive journey with a Caravan...

Lydia Courteille’s new high jewellery collection takes you on a long and impressive journey with a Caravan...
F

Caravan is a group of people who travel together for a particular trade, piligrimage or other purpose, united for mutual aid and protection in a harsh of dangerous terrain.

The Caravan routes go from oasis to oasis, forcing the travellers to cross several deserts. 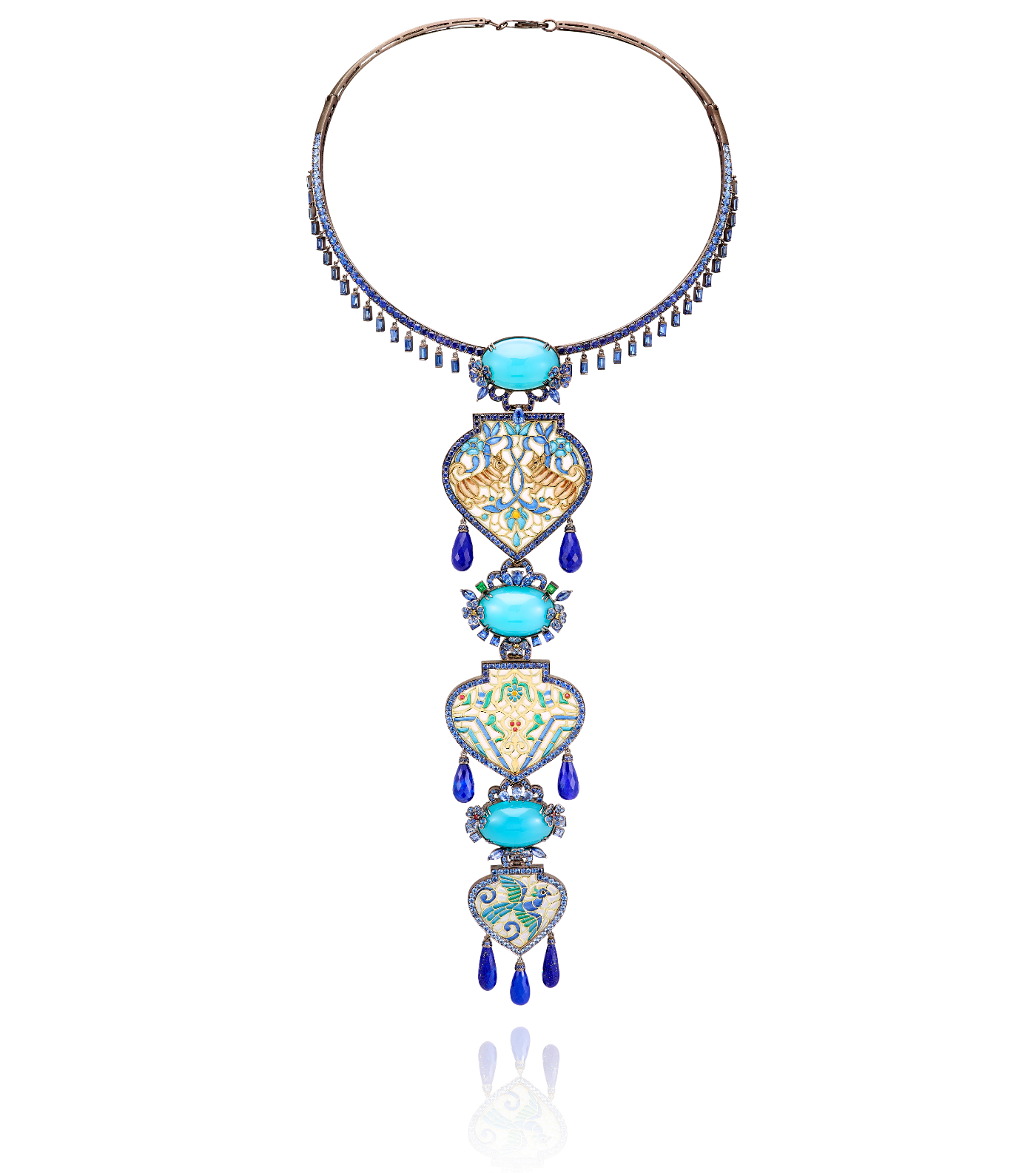 Caravanserai was a roadside inn where travelers could rest and recover from the day’s journey. Caravanserais supported the flow of commerce, information and people across the network of trade routes covering Asia.

Tamerlan was the last Central Asian conqueror to achieve great military successes as a leader of nomad warrior lords, ruling both agricultural and pastoral peoples on an imperial scale. He is remembered for the barbarity of his conquests and for the cultural achievements of his dynasty. Tamerlan’s great-great-great grandson Babur established the Mughal Empire in South Asia, becoming the first Mughal emperor.

Jewelry was worn by both men and women, and perhaps even children. Created both for human use and for adorning the statues of the gods, jewelry also functioned as protection from the evil eye.

The ring with a secret Aladdin and His Wonderful Lamp brings good luck and good mood.

Absolutely magical golden ring inspired by a god with four faces, which may represent a god of the four winds and a goddess of rainstorms. The god wears a low cap with a pair of horns meeting above each face. The surrealictical character is from the Paleobabylonian era.

Priceless masterpieces such as a ring and a bracelet on the images are museums quality collection jewelry pieces contains a artefacts.

Cylinder seals, such as this one from Uruk, became invaluable for recording commercial and legal transaction as urbanization developed across the region.

Jember Nasr is a small site south of Baghdad where excavators discovered a distinctive pottery style from the period immediately after the Uruk. The Jember Nasr period is recognized as one of artistic splendor. In contrast to another areas, Jemdet Nasr enjoyed a time of increasing population, the growth of temple cities, incresing trade and craft specialization, and, most importantly, the increased use of writing and cylinder seals.

This design for a bracelet depicting Darius The Great looking into a crystal ball to see where his destiny may lead him. This is a secuel of Magic rings style, iconic Lydia Courteille’s designs.

The Persian Royal Road served as primary conduit of communication and transport between the western part of the Persian Empire and its core. The Greek historian Herodotus is our main source for the Persian Royal Road. According to his calculations it was a journey of 90 days. The route ran from Lydia (in western Anatolia), through Cappadocia east and south of Nineveh, and on towards modern Slush in Iran. Persian royal messengers would have been able to travel the road much more swiftly.

The Palace of Darius the Great at Susa is inspiration for the statement necklace. An archer from the Frieze of Archers – magnifecent example of colored glazed brick frieze. Turquoise matrix create so real illusion of ancient walls of the Palace.

Nature is all the time Lydia’s inspiration. Floral jewelry takes the important place in each collection. The flowers are bisexual or male, very small, as long as or shorter than the bracteoles. The saxaul is distributed in Middle and Central Asia. Being highly drought-resistant, it has played an important role in the establishment of shelter belts and the fixation of sand dunes as a counter to desertification. 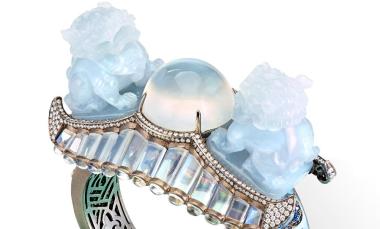 The Chinese culture’s innovations in art and architecture and the richness of its religious and philosophical reflection make it one of the greatest (...) 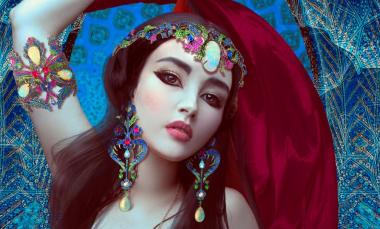 In the new collection, Lydia Courteille has taken her inspiration from the sumptuous Topkapi Palace, in Istanbul, Turkey. In love with this country, she (...) 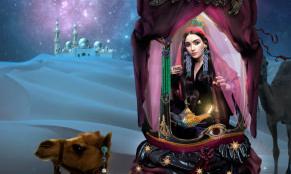