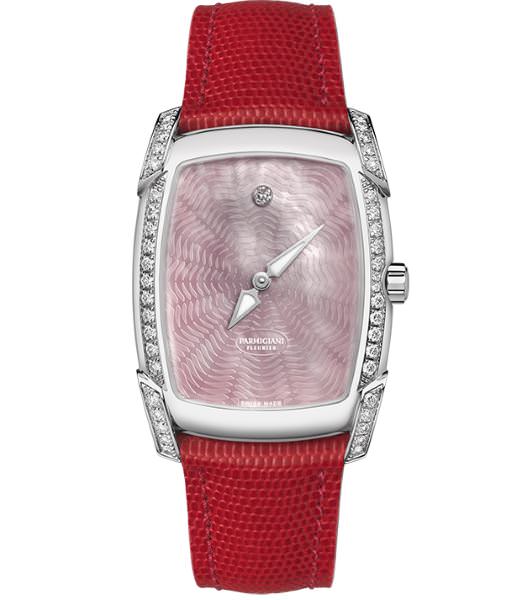 It’s not often that you see an all-gold quartz movement hidden inside a steel case. Quartz movements are meant to be reliable, affordable, and in essence relatively disposable. In other words, it shoud be cheaper to replace a quartz movement than to even try to fix it.

But that’s not so with the new Kalpa Piccola and Kalpa Donna Anniversaire special edition ladies’ models.

The treasure within each watch is the rose gold movement. An impressively thin central bridge takes the shape of the iconic lug at the heart of Parmigiani Fleurier’s identity. This motif is also engraved across other surfaces of the movement, giving the fluid appearance of dancing symbols around the quartz movement’s three jewels.

The dials of both models are decorated with mother of pearl, a common choice in similar feminine timepieces. This specific dial, however, has been engraved to give a flinqué effect, a finish more reminiscent of a sheet of fabric. The dial is available in four colours, including mandarin orange, white, lilac and Tahitian. Each is paired perfectly with a complementary fine leather strap or a steel bracelet.

As nice as the finishing on the dial is, the eyes are drawn to the small diamond at 12 o’clock and the brand logo at the bottom. The harmony of both features on the dial makes the Kalpa Piccola and Kalpa Donna Anniversaire particularly pleasing to the eye. 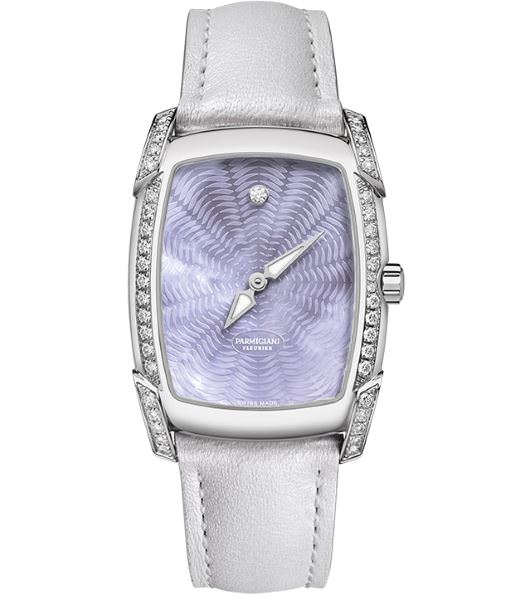 The two sister collections really only differ in their size, with the latter being the larger. But both represent the same feminine spirit of luxury, which is embodied in their iconic tonneau shape.

Each version of the beautiful Kalpa Piccola and Kalpa Donna Anniversaire timepieces comes as a limited edition of 96 pieces – to mark the year in which the company was founded two decades ago. 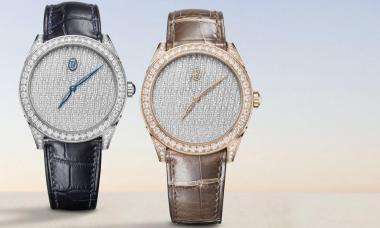 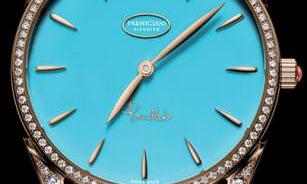 Parmigiani Fleurier announces its new partnership with Pomellato, the prestigious Italian jeweller, combining the exceptional expertise of both companies (...)
FOR MORE