Jacob & Co., is pleased to announce the grand reopening of its flagship boutique, located on the corner of 57th Street between Manhattan’s iconic Park and Madison Avenues, also known as “Billionaires’ Row.” Designed by Founder and President, Jacob Arabo the renovation of the 10,000 square foot Jacob & Co. townhouse reflects the attention to detail, innovation, and quality craftsmanship synonymous with the Jacob & Co. name. 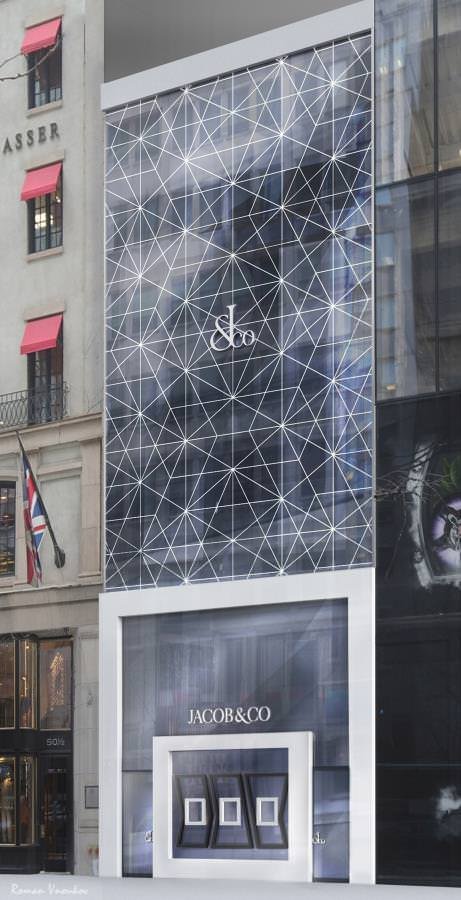 Arabo first opened the doors of the New York headquarters in the height of his pop-culture acclaim as “Jacob the Jeweler.” He has since grown his celebrity following to include notable clients such as: David and Victoria Beckham, Kanye West, Kim Kardashian, Pharrell, Madonna, Jay Z, and Beyoncé. He has also expanded the brand’s global presence to include a flourishing watchmaking headquarters in Geneva, Switzerland, a monobrand boutique in Dubai, as well as an array of hand-s﻿elected retail partners in cities such as London, Paris, Moscow, Tokyo, and Hong Kong. Internationally renowned for offering some of the world’s most complicated watches and rarest stones to date, the renovation and reopening of the New York boutique marks a celebration of Jacob & Co.’s expansion over the past 35+ years since its inception, as well as its ultra-luxury trajectory since the initial opening of the New York flagship fourteen years ago.

“After focusing much of our effort on product development and overseas expansion, it was time to come back to the place where it all started and show New York City how much we’ve grown,” Arabo states. “The design of the new boutique takes clients on a journey throughout our collections, while offering them the same excitement they would feel upon discovering one of our new timepieces or jewelry items.” 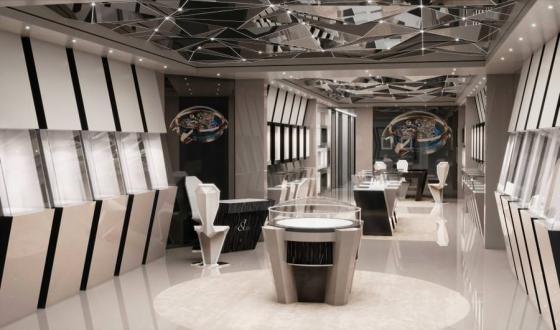 The renovation speaks to both the new heights of luxury and the statement-making aesthetic that the brand embodies. The redesign and all construction began in June of 2017 and took approximately a year to complete. During that time, time the Jacob & Co. boutique moved to a temporary location on Madison Avenue. Arabo worked closely with Roman Vnoukov of the Design Studio Romani on the architecture and design. Arabo participated in creating the patterns featured throughout the boutique as well as s﻿electing the furniture and the materials used. Keeping true to his personal aesthetic, he wove elements from his staple collections into the store’s redesign.

The geometric pattern featured on the façade and on the ceiling of the boutique first appeared on the dial of the Astronomia Meteorite watch in 2016. The center showcase, visible upon entry, mirrors the unique shape of the sapphire dome casing featured throughout the record-breaking Astronomia collection as well, and took over two months to perfect.

Other distinct features include the use of Zebrawood that adorns the showcases in the two-floor, 4,000 square foot retail space, as well as surfaces throughout the executive offices. There is also a transparent, tempered glass walkway, exposing original New York City bedrock, that leads to the VIP area on the first floor. 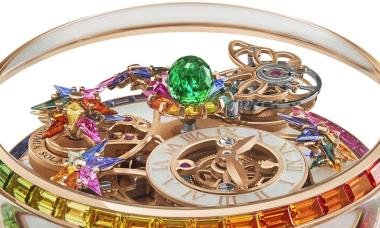 Maybe more than any other name in the industry, Jacob & Co has pushed the opulent mix of gems and complicated mechanisms. Even with the pandemic (...) 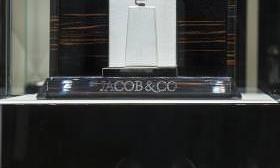 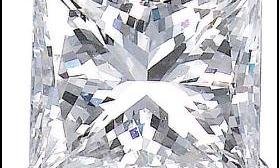 Jacob & Co. at the Museum of Modern Art’s

Jacob & Co. has been selected to be featured in the Museum of Modern Art’s current exhibition on the theme “Is Fashion Modern”, highlighting 111 (...)
Jacob & Co

How can you create a collection of vintage jewellery when you can’t afford the pieces signed by prestigious brands that fetch record prices at auction? (...)

Beyoncé is starring in Tiffany & Co.’s latest campaign celebrating individuality, love, and universal connection. The result of a close collaboration (...)

The audacious gems of a Madrid-based jewellery designer at the start of his career are signalling a master in the wings. Titanium sculptures take flight (...)

The world’s largest independent gemological laboratory has added a cut grade to its reports for loose fancy shaped diamonds. In addition to traditional (...)